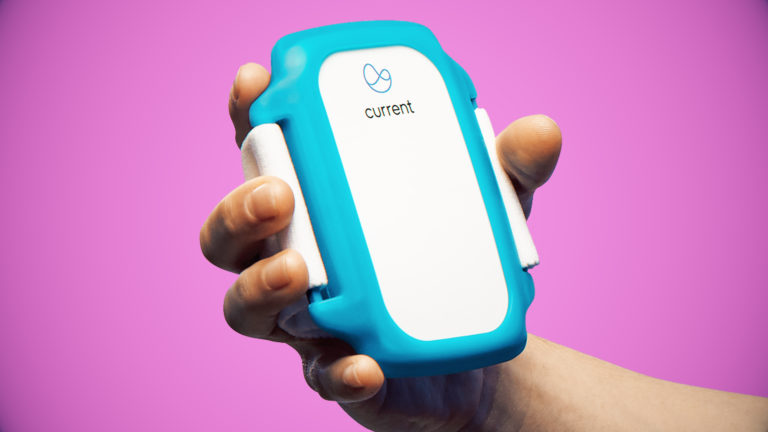 Over three years ago, a good friend of mine asked if I’d consider joining the board of a local startup. They were very early stage, in the healthcare space, they’d raised a bit of funding, and were looking to grow.

Great. I meet with a lot of startups, mainly trying to help and provide a sounding board. Many of the founders are inspiring, many have reasonable ideas, some of them will go on to be successful, but it’s really rare that I personally get excited about any particular company. Certainly not enough to join and invest time, money, and energy!

But I owed my buddy a favour, so we met at the closest pub to my flat, and I prepared my gracious-decline speech. Except something strange happened. As Chris talked about what they were building, I became increasingly interested.

Current Health (at the time named Snap40) had designed a clinical grade (requiring FDA approval) wearable intending to replace most of the normal monitoring equipment found within a hospital ICU. This device could then be linked to a phone or tablet, and could help identify patient deterioration, perhaps even before a human would notice. There were other applications too – for example, my mid-sixties father crashed his bike recently, blacked out, went to the hospital and got an MRI, then was held for a further 24 hours for “observation.” In this scenario, perhaps he could have been sent home earlier as long as he was monitored for deterioration. Plenty of conditions could benefit from proactive monitoring at the home linked to a healthcare provider, and even more mundane challenges like medication monitoring (ie, did they take their blood pressure medication? Lets see!) could be significantly improved.

A major challenge for sales within the healthcare industry is dealing with a sophisticated and opinionated Decision Making Unit. Doctors, nurses, pharmacists, administrators, and technical people all factor in, and in a new category educating this market can be really time consuming and expensive. Would healthcare professionals get this? I called a few physicians I knew and asked. They immediately got it, several of them referenced having this idea themselves, and one of them spent more than an hour telling me all the different ways it would save their hospital and health network money. So that seemed promising.

One of the key things that attracted me to this implementation is the wearable is a “dumb” device. Raw signal is sent to the cloud where it’s analysed and processed using a combination of machine learning (yes really) and other algorithms. This means a couple of things – the algorithms can be tuned using all data ever collected from every device out there, and new algorithms can be shipped without replacing the devices. In other words, the more data collected, the higher the accuracy.

I joined the board in March of 2016, with one condition – I would resign every year in March. Chris could accept or reject my resignation. While I’ve been a member of the board at Administrate since I joined in 2011, I’d never held a board position on another company before. Maybe I’d suck at it. Maybe the company would outgrow my expertise. In any event, they wouldn’t have to wait too long to get rid of me if that became necessary.

For the first two years, this was the major question. Pilots at local hospitals were really promising, and we obtained a European CE mark which meant we could sell it within Europe, but we needed to get certified by the FDA to tackle the USA. This was tricky, because the FDA had never certified a hybrid device like this before.

The next three years (and three resignations) passed quickly, and I’m super proud of what we achieved. A CE mark, multiple pilots, FDA certification for use in both the hospital and home environments, recruitment of a fantastic team, an office move, a rebrand, and multiple funding rounds, including one of the largest seed rounds ever raised in Scotland.

But perhaps the achievement I’m most proud of happened recently during an extended pilot project in the United States – we identified a patient’s vitals slipping, and alerted staff to the issue. The traditional monitoring machines didn’t notice, and we saved a life. The first of many I’m sure.

The traditional monitoring machines didn’t notice, and we saved a life. The first of many I’m sure.

Current Health is going to fundamentally transform how we receive and provide healthcare. I’m super excited for the future, but I also realise that the time has come to step down from the board and make way for the next stage of growth. To the disappointment of most, there’s no drama here, it’s simply time to move on.

I remain deeply thankful to Chris (and my pal who introduced us!) and the team at Current Health for giving me this opportunity. I learned a ton, got to work alongside some incredible people, and I believe this experience made me a better CEO – sitting on the other side of the table can be really enlightening! I am extremely excited to watch how Current Health will grow and I couldn’t be more optimistic about their future.